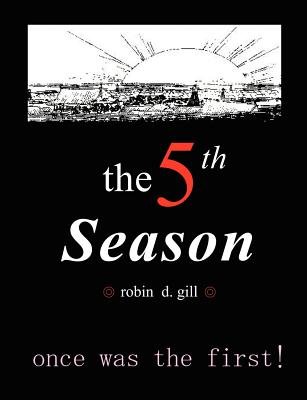 In this book, the first of a series, Robin D. Gill, author of the highly acclaimed Rise, Ye Sea Slugs! and Cherry Blossom Epiphany, the largest single-theme anthologies of poetry ever published, explores the traditional Japanese New Year through 2,000 translated haiku (mostly 17-20c). "The New Year," R.H. Blyth once wrote, "is a season by itself." That was nowhere so plain as in the world of haiku, where saijiki, large collections called of ku illustrating hundreds, if not thousands of briefly explained seasonal themes, generally comprised five volumes, one for each season. Yet, the great doyen of haiku gave this fifth season, considered the first season when it came at the head of the Spring rather than in mid-winter, only a tenth of the pages he gave to each of the other four seasons (20 vs. 200). Was Blyth, Zen enthusiast, not enamored with ritual? Or, was he loath to translate the New Year with its many cultural idiosyncrasies (most common to the Sinosphere but not to the West), because he did not want to have to explain the haiku? It is hard to say, but, with these poems for the re-creation of the world, Robin D. Gill, aka "keigu" (respect foolishness, or respect-fool), rushes in where even Blyth feared to tread to give this supernatural or cosmological season - one that combines aspects of the Solstice, Christmas, New Year's, Easter, July 4th and the Once Upon a Time of Fairy Tales - the attention it deserves. With G.K. Chesterton's words, evoking the mind of the haiku poets of old, the author-publisher leaves further description of the content to his reader-reviewers. "The man standing in his own kitchen-garden with the fairyland opening at the gate, is the man with large ideas. His mind creates distance; the motor-car stupidly destroys it." (G.K. Chesterton: Heretics 1905)

Authors: Robin D. Gill
Categories: Literary Criticism
Type: BOOK - Published: 2009 - Publisher: Paraverse Press
This is the first book to translate a broad spectrum of the informal, improper and generally comic side of 31-syllable Japanese poetry called 'kyoka, ' or 'kyouka, ' literally, "mad-poems" or "madcap verse," representing in the words of Aston (1899), "absolute freedom both in respect of language and choice of

Authors: Vaman Shivaram Apte
Categories: Foreign Language Study
Type: BOOK - Published: 1970 - Publisher: Motilal Banarsidass Publ.
The present Dictionary is designed to meet the long-felt need of the English knowing reader, who is interested in the study of classical as well as modern Sanskrit. It covers a very large field-epics such as the Ramayana and Mahabharata, Puranas and Upapuranas, Smrti and Niti literature, Darsanas or Systems

Authors: John A. Wolter, David K. Carrington, Ronald E. Grim
Categories: Language Arts & Disciplines
Type: BOOK - Published: 1986-01-01 - Publisher: Walter de Gruyter
The International Federation of Library Associations and Institutions (IFLA) is the leading international body representing the interests of library and information services and their users. It is the global voice of the information profession. The series IFLA Publications deals with many of the means through which libraries, information centres, and