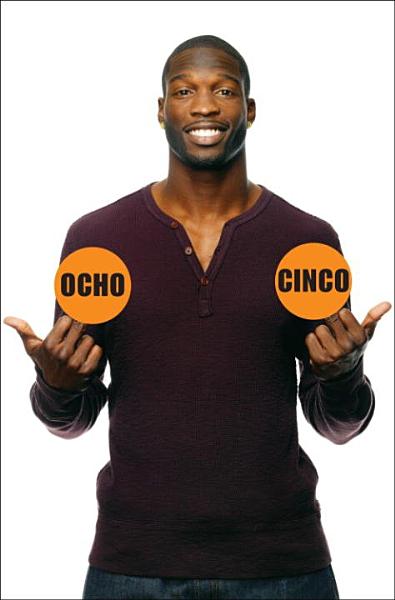 The moment I walked out of that tunnel that first time I was in the NFL and saw that 70,000 people, I said, "This is me, this is mine, this is what I was meant to do." Some people get scared that first time. Me? Scared my ass. I was loving it. NFL superstar Chad Ochocinco is one of the most feared weapons in football, having amassed six consecutive 1,000-yard receiving seasons and made it to five straight Pro Bowls. And he does things his way–always big, always fun, always outrageous. Take Ochocinco’s extravagant touchdown celebrations: performing the Riverdance jig, mock-proposing to a cheerleader, tossing presents into the crowd on Christmas Eve, performing CPR on the football, putting on a gold sport coat that says "Future Hall of Famer." Or his sense of style: the blond Mohawk, the gold teeth, the nude photo shoot for a sports magazine. Or his trash-talking: People tell me I have to tone it down. Man, do you know what I’ve been through to get here? You’re going to tell me to stop having fun? Sorry, it’s not happening. Or his unabashed self-confidence: I got six paintings of myself in the living room of my town house in Cincinnati. Why? Because I love me. I’m great and I know it. In Ocho Cinco, Chad offers his blunt take on his life and career and on the bizarre game–and business–of football. He takes us back to his days growing up in a poor, dangerous section of Miami, where he was raised by his stern grandmother: You want to know how I turned out like this? Don’t talk to me, talk to my grandmom. A high school quarterback, he went to two junior colleges before landing for a single year at Oregon State. From there he was drafted by the Cincinnati Bengals, a team he eventually helped lead to the playoffs for the first time in fifteen years. Ochocinco reveals what really goes on in the locker room, on the field, and in the clubs where so many of his fellow athletes get in trouble. He talks about fights with teammates, coaches, and owners. He offers his honest observations on drugs, cheating, and women: You get all this money and you get all these women at your disposal. . . . You’re going to do your thing, trust me. You’re going to do it. And he deals frankly with his reputation as a malcontent and drama king: People want to be entertained, but the minute you open up about it and have some fun, they bash you for it. They want you to play inside this little box, and if you ever dare step outside this little box you’re in trouble. Well, there is no box for me. I am completely out of the box. Ocho Cinco gives fans a rare inside look at pro football, presented by a singular athlete who’s not afraid to speak his mind: What I do may be funny, but nothing I do is a joke.

Authors: Chad Ochocinco, Jason Cole
Categories: Sports & Recreation
Type: BOOK - Published: 2009-10-27 - Publisher: Crown Archetype
The moment I walked out of that tunnel that first time I was in the NFL and saw that 70,000 people, I said, "This is me, this is mine, this is what I was meant to do." Some people get scared that first time. Me? Scared my ass. I was

Authors: David M. Sutera
Categories: Sports & Recreation
Type: BOOK - Published: 2013-04-25 - Publisher: Scarecrow Press
As of 2012, Twitter has over 100 million active users worldwide, and sports fans and athletes have proven to be some of the most prolific and adept users of Twitter and other social media platforms. In Sports Fans 2.0, David M. Sutera explores the increasingly participatory nature of contemporary sports

Authors: Nick Tylwalk
Categories: Biography & Autobiography
Type: BOOK - Published: 2012-02-24 - Publisher: Hyperink Inc
ABOUT THE BOOK Professional athletes often dazzle sports fans with their on-field heroics or entertain them with larger-than-life personalities outside the stadium. Relatively few are able to do both, but former Cincinnati Bengals (current New England Patriots) wide receiver Chad Ochocinco has proven to be the exception to the rule.

Authors: Ron Martriano
Categories: Sports & Recreation
Type: BOOK - Published: 2011-07-26 - Publisher: Charlesbridge Publishing
Touchdown! These tales from the gridiron will set fans abuzz. Fun, filled with intriguing lore from football history, and engagingly written, they're almost as exciting as the Super Bowl itself. Find out all about the pranksters and one-of-a-kind characters of the game, including Clinton Portis, who liked to wear costumes

The Handbook of Narcissism and Narcissistic Personality Disorder

Authors: W. Keith Campbell
Categories: Psychology
Type: BOOK - Published: 2011-08-09 - Publisher: John Wiley & Sons
The Handbook of Narcissism and Narcissistic Personality Disorder is the definitive resource for empirically sound information on narcissism for researchers, students, and clinicians at a time when this personality disorder has become a particularly relevant area of interest. This unique work deepens understanding of how narcissistic behavior influences behavior and

Authors: Untza Otaola Alday
Categories: Foreign Language Study
Type: BOOK - Published: 2012-06-25 - Publisher: Routledge
COLLOQUIAL SPANISH is easy to use and completely up to date! Specially written by experienced teachers for self-study or class use, the course offers a step-by-step approach to written and spoken Spanish. No prior knowledge of the language is required. What makes COLLOQUIAL SPANISH your best choice in personal language